Often mistaken with her twin Mimmy, Kitty wears her bow on her left ear and usually wears red dresses. Kitty is bright, kindhearted, and speaks from her heart because she has no mouth.

Male, Fang secret society members wear masks called Ngil during initiation and persecution ceremonies. Certain masks and statues are made for members only because their sculptural art is tied to being devoted to bieri, a strong ancestor worship cult. Ancestor figure(s), bieri, are consulted when the clan was to change location, plant crops, during a palaver, before hunting and fishing, and going to war. The family cult does coexist with other beliefs as members seek to protect themselves from the deceased and receive aid in daily life matters.

Fang, secret society members are male and wear masks called Ngil during initiation and persecution ceremonies. Certain masks and statues are commisioned for members only because their sculptural art is tied to being devoted to bieri, a strong ancestor worship cult. Ancestor figure(s), bieri, are consulted when the clan was to change location, plant crops, during a palaver, before hunting and fishing, and going to war. The family cult does coexist with other beliefs as members seek to protect themselves from the deceased and receive aid in daily life matters.

The Maasai people of East Africa live in southern Kenya and northern Tanzania along the Great Rift Valley. Their society is comprised of sixteen sections (known in Maasai as Iloshon). The Maasai are a semi-nomadic people who lived under a communal  land management system. Each section manages its own territory. According to Maasai traditional land agreement, no one should be denied access to natural resources such as water and land. The lifestyle of the Maasai should be embraced as a response to climate change because of their ability to farm in deserts and scrublands.

Maasai men are first and foremost warriors. They protect their people, their cattle and their grazing lands. Often standing over 6ft tall the Maasai warrior with his beaded hair, red checked blanket (shuka) and balled club, looks both fierce and beautiful. The Maasai women are responsible for all domestic tasks which include making their homes. The Maasai women are as impressive as the men in their looks. Tall, slender and bedecked with large beaded necklaces and long braided hair.

YOU DRINKIN’ OR LOOKIN’ is a permanent display of the Wine Wing. The exhibit gives focus and feature to Kuba wood cups. On display is a Kuba cup proudly,personally,and respectfully chosen from the Southern University at New Orleans Bertrand Collection of African Art. The ancient culture of the Kuba has its beginnings in the early 17th Century, and their artful cups precede the Age of The King. Today the Kuba take their place among and belong to the south-central Democratic Republic of Congo. Kuba is known to be a wealthy state rooted in a system of courtly titles and military rank. The Kuba, African Kingship wood cup is one of the most artistic,exciting,eye-catching drinking vessels in the world.

Wood cups are commissioned as symbols of status and wealth. These wonderful works of identification art can instantly establish heritage,hierarchy,and lineage upon site within and among African culture. Kuba cups are not common because they are fashioned to accompany royal costumes and antiques.These cups are also known to be the prestige objects of prominent statesmen,monarchs,diviners,and chiefs. They have also know to have been used as currency for payment in matrimony negotiations and court settlements. Most often used for drinking and distributing Palm wine as a display in sharing of wealth,these cups are exquisite and are skillfully crafted examples of Central and West African art that represent reverence and power.

These carved cups can take on very familiar characters and characteristics that embrace spiritual beings of heaven and earth. Kuba cups in elephant form pay homage to Woot, the Kuba’s original king ,who is believed to have created their world. Wood cups created by the Kuba are fit for kings and may be fashioned into faces but are not intended as portraits of specific individuals, yet still convey important information about identity. Kuba cups in the forms of heads are usually prized possessions of rulers.

Distinguishing characteristics of Kuba cups from other clan styles are the attentions given to specialization, detail, design, texture, shape, size, and color. The Bushoong ranks high among all Kuba Kingdoms and their cups are often the most elaborate in design and decoration because of their social, economical, and religious status. 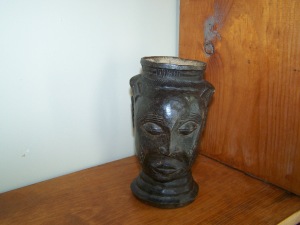 1976 – The main character Kiti Howaito,  known as Kitty Chan, was introduced to the United States as Kitty White.

Thank You.
In recognition of a generous gesture of respect and friendship. 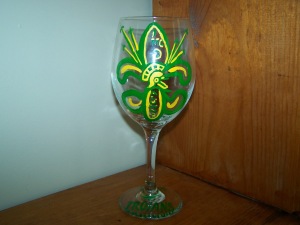 This heavy, hand painted tankard is a wonderful gift from a wonderful friend. It is a great addition to the B.L.A.S.T. Museum Tankard and Stein Collection and highlights the new installation, the John McDonogh SrHS Alumni Collection. 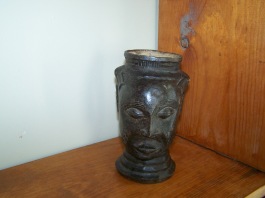 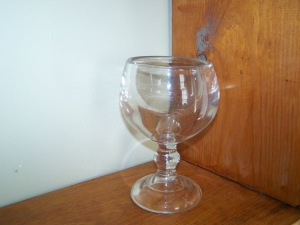 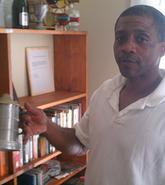 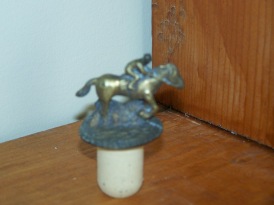 In partial fulfillment of the degree of Master of Arts in Museum Studies at Southern University at New Orleans. Mr. Michael D. Brown, both collector and curator ofThe B.L.A.S.T. Museum, Vessel Cultural Exchange will bring virtual to reality. This exhibition will showcase objects featured on his popular website, theblastmuseum.wordpress.com.